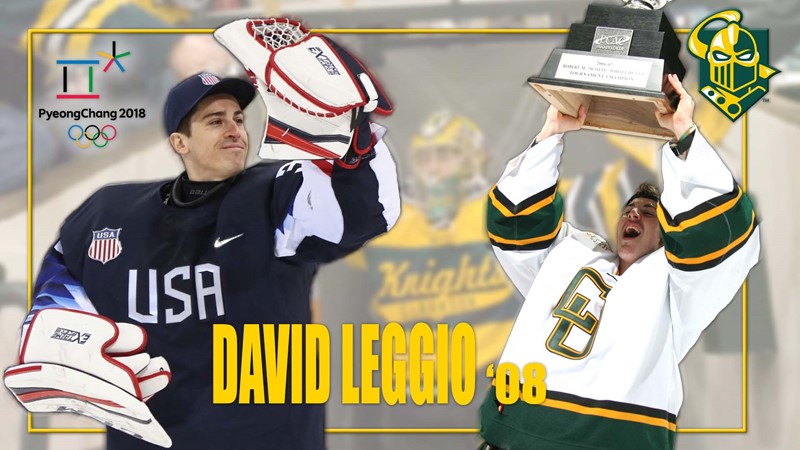 David Leggio, a former U.S. Olympic hockey goalie and American Hockey League professional has hung up his skates. He is now a business banking relationship manager trainee for Five Star Bank in Buffalo.

According to The Buffalo News, Leggio, a Williamsville native, played for the U.S. men's hockey team in the 2018 Winter Games in South Korea. He also represented the USA in two World Championships.

When Leggio completes his Five Star training program, likely at year's end, he will be based in the bank's Amherst regional office.

Five Star says Leggio will be responsible for managing a portfolio of small business commercial clients, prospecting for new small business opportunities, networking to develop referral sources within the community and collaborating with business partners to grow market share.

In January, Leggio was honored by Clarkson University a USA Olympic banner raised in his honor. Leggio, who helped Clarkson twice reach the NCAA Tournament, played for the U.S. Men's Hockey team in the 2018 Winter Games in Pyeongchang, South Korea, and spent 10 seasons in the AHL and in Europe. A goaltender, Leggio posted the fourth most wins at Clarkson with a 59-29-12 career record, including eight shutouts. Leggio completed his collegiate career (2004-08) with a .922 save percentage and a 2.30 goals against average.