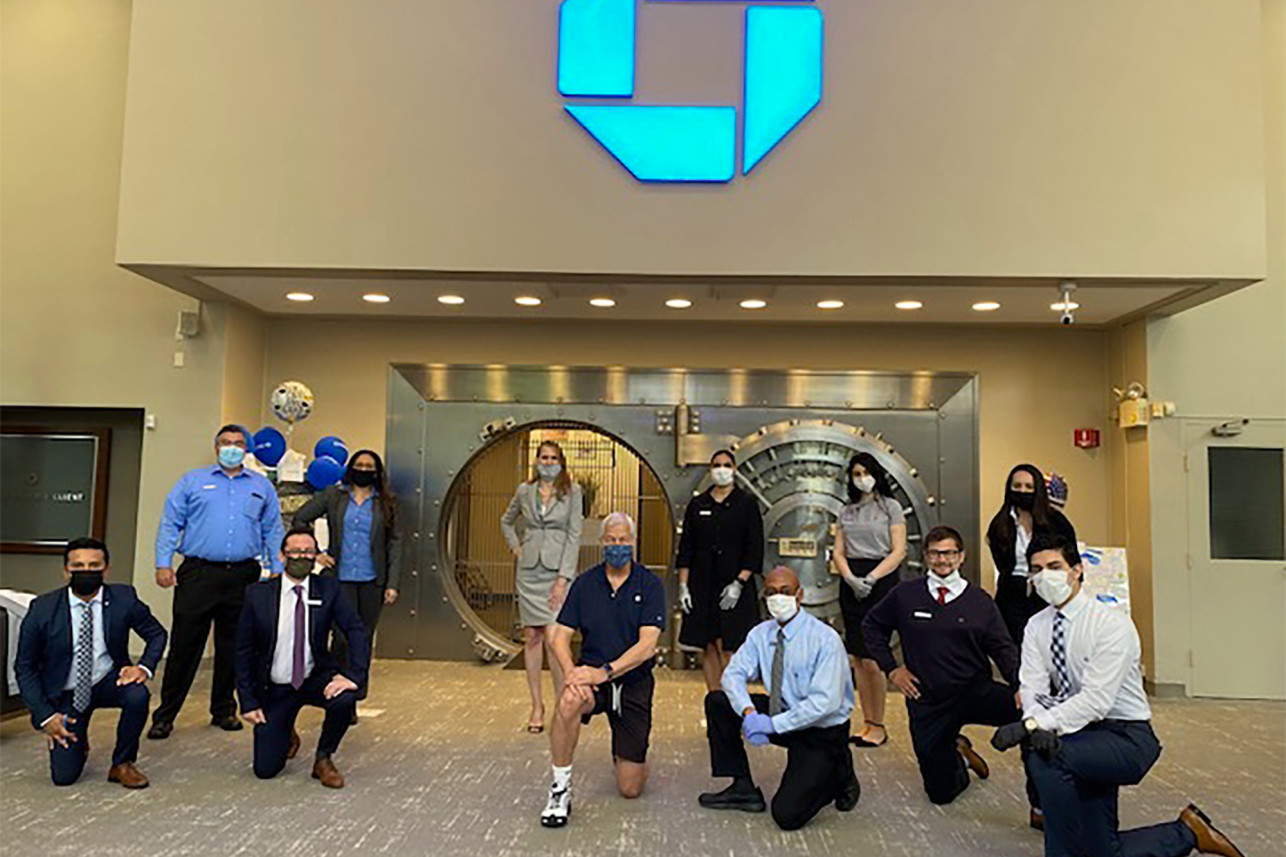 Normally, you wouldn’t go three months without seeing Jamie Dimon, CEO of JPMorgan Chase. He’s been out of sight, though, and on the mend from emergency heart surgery on March 5 since before the COVID-19 pandemic.

That’s why his appearance at a Mount Kisco Chase branch would be news in and of itself. Dimon, 63, gave the visit more significance, the New York Post reports, because he posed for a photo, above front row center, with bank staff and took a knee.

Chase declined to comment on whether Dimon’s kneel was a show of support for protests that have engulfed America following the death of George Floyd at the hands of Minneapolis Police. Last week, he told his employees in a memo, “Let us be clear — we are watching, listening and want every single one of you to know we are committed to fighting against racism and discrimination wherever and however it exists.”

Sources say Dimon dropped in on the branch on the June 5 visit while wearing a face mask and ended up chatting with 10 staffers there. He fielded questions on topics ranging from how he’s feeling post-surgery to how small business clients are faring in the area and congratulated the Mt. Kisco branch on staying open throughout the pandemic.

At some point during the impromptu powwow, the man sometimes referred to as “America’s Banker” dropped to one knee alongside five other masked staff members. Five more staffers stood behind them in front of the bank’s massive vault, while another staffer took the photo.

According to a JPMorgan spokesperson, the photo took place at his local Chase branch and is the result of Dimon’s first interaction with his staff since his emergency acute aortic dissection. 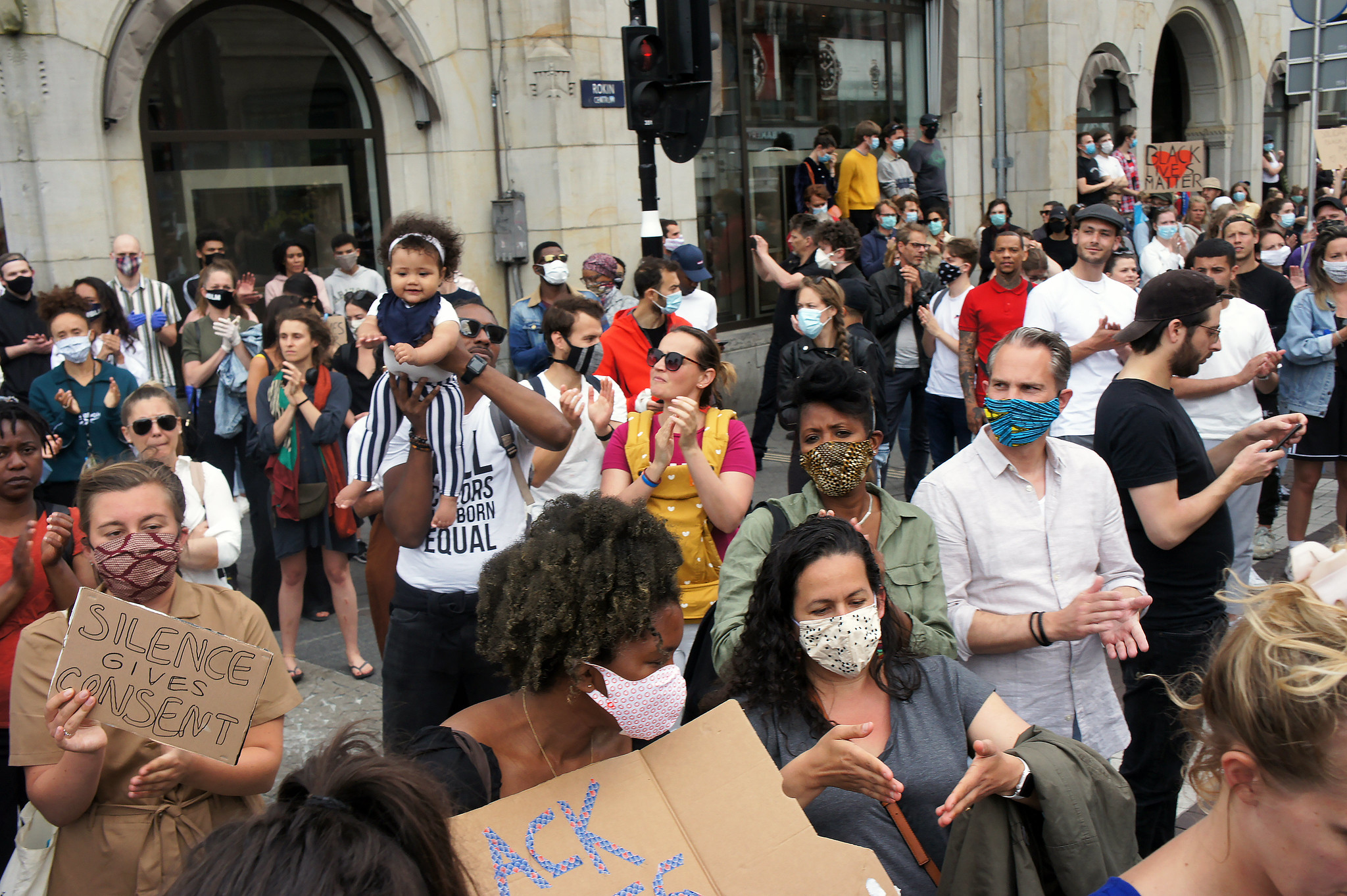